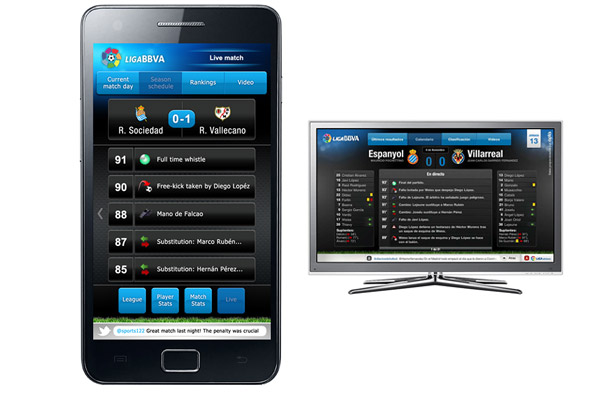 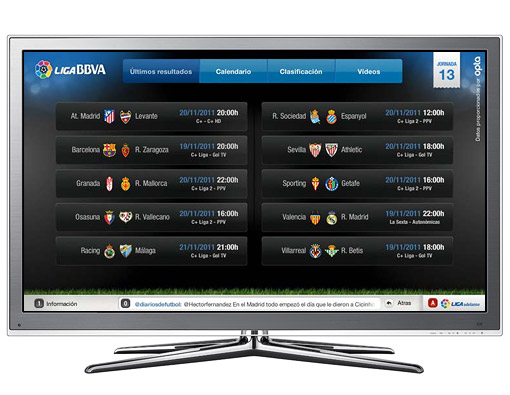 The Spanish premier football league LigaBBVA launched an internet TV application early 2012 to provide weekly match fixture information and latest score tables to millions of online supporters. While this proved to be successful LigaBBVA felt their fans wanted more and commissioned a branded Android app that would act as a personal remote control to the TV app.

The internet TV market is in its early stages. Connectivity, usability and performance of a mobile app that communicated with the TV app was an unknown quantity as it had not been done before. Designing a companion device for an internet App was also a European 1st which nimbletank were excited to take on.

nimbletank, worked closely with the internet TV app developers to design an innovative interface as well as branded assets for use within the app. The design solution allowed live content to be pulled from the internet TV by touch, by moving and tilting the phone making the remote control a truly interactive companion application.

The result was an award winning success with the delivery of a European 1st within 8 weeks of engagement.