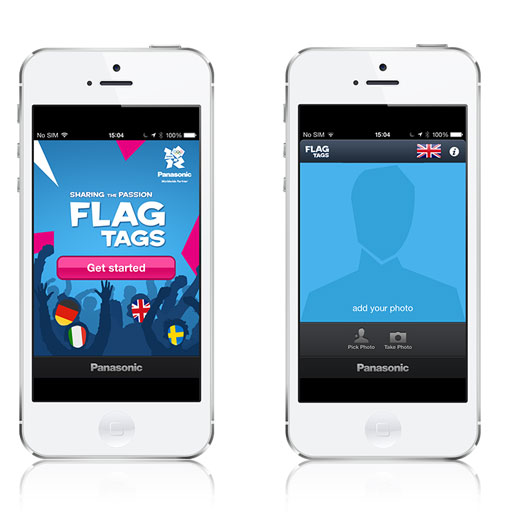 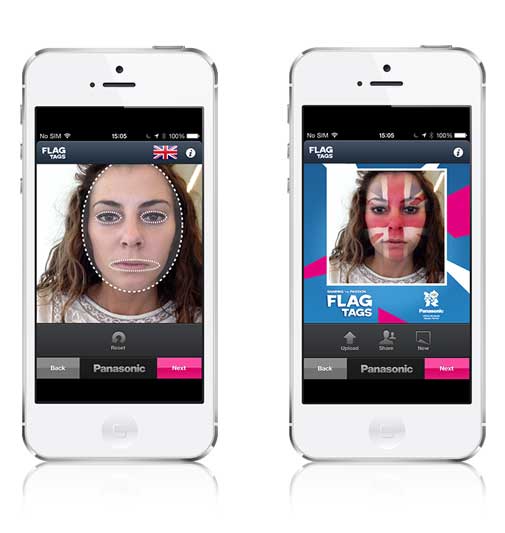 Panasonic is one of the world's largest electronics producers and was an official worldwide sponsor of the 2012 Olympic games in London. To support and promote the launch of various products during the 2012 Olympics they asked Nimbletank to create a mobile and social engagement campaign.

The Olympic spirit stirs pride, passion and energy. Panasonic wanted to offer a way for people around the world to pledge their support for their country by painting their face in their Olympic team colours and showing it off in a large scale social way.

We wanted to tap deep into people's pride and allow them to show their true colours and support for their nation. The best way to do this was through their most personal device; the mobile.

We created two native apps on iOS and Android. The apps allowed users to take a photo of themselves, select their country's Olympic flag, position the flag over their face and send it on to friends or share socially.

In two weeks over 25,000 fans showed their support by downloading the apps and uploading their 'Flag Tag' to the Facebook page via mobile.

Get the iOS app here

Get the Android app here